Reconstruction of the Mogol-Uraha of the Sakha People of Siberia 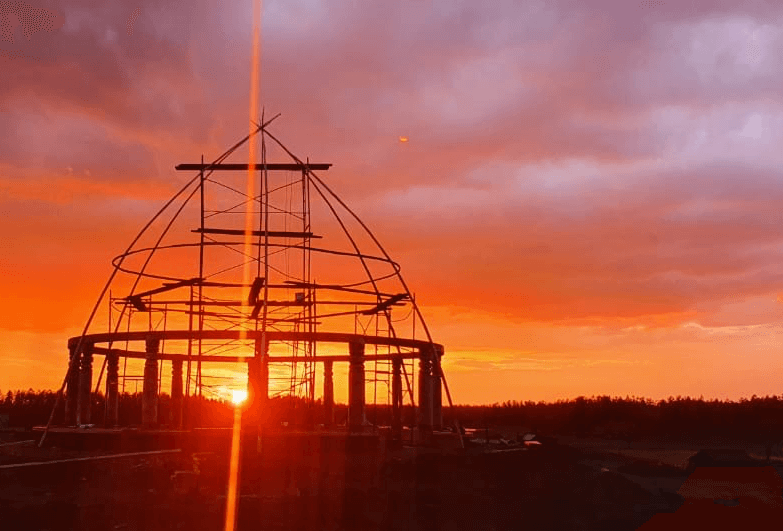 In 1906, distinguished ethnologist Waldemar Jochelson wrote: “The Yakut collection gathered by me is most extensive. No European museums, not even those in Russia, have at present more than insignificant collections of this interesting tribe, the ancient culture of which is disappearing under the influence of climate, Russian culture, and change or modification in the forms of industry; and in a few years’ time it will be difficult to find many objects of their primitive culture. Even now it is not easy to obtain the large ornamented kumiss goblets of wood which are described below. The conical summer dwelling of the old-time Yakut, made of ornamental birch bark, all parts of which I was able to bring back, is no longer in use.”

Indeed, apart from Jochelson’s collection, only individual parts can be found in archaeological sites and scattered in various museums worldwide. However, Sakha craftsmen have long desired to reconstruct the Sakha uraha in its original historical form. This desire began to be fulfilled in 2017 when a memorandum of understanding was established between the Design Studio “Uran,” Republic of Sakha (Yakutia) and the American Museum of Natural History (NYC, USA) on the revival of the traditional summer birch bark dwelling. Representatives of Uran, including director Vyacheslav Yaroyev, came to По следам Джезуповской Экспедиции to study the parts of the uraha brought by Jochelson to the US more than a hundred of years ago, written records, photographs, and other materials related to it, and preserved in the museum’s storerooms and archives. 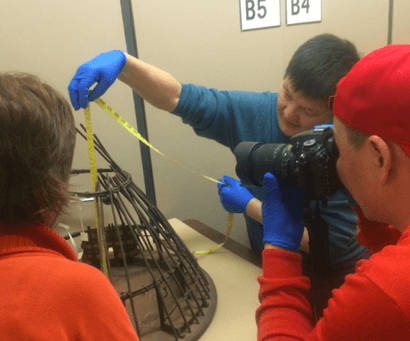 The reconstruction of our ancestors’ Mogol-Uraha, began three years ago with the participation of traditional master craftsmen from all over the Republic of Sakha who had been making and decorating birch bark covers with mica and horsehair, weaving horsehair belts and ropes, and carving ornaments on vertical piles based on historical artifacts. 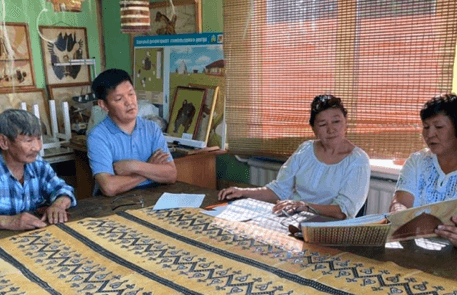 Mogol-Uraha is a structure that mirrors our ancestors’ traditional worldview – it is a model of the three parts of the world, where “the heavenly dome is its top, the edges converge with the ground” (Ergis, 1974, cited in Alekseeva et al., 2013). The lower part of the uraha, the birch-bark covering decorated with a plant pattern, is associated with the Lower World (Earth) – the round bosom is the earth, and the plant ornament is its cover that also has a protective function. The Middle World is represented by the frame of the uraha – pillars and a hoop (kurduu), richly decorated with ornaments and salama (a horsehair rope with cloth pieces and small animal figures). The upper girdle represents the symbol of the sky. In the old days, its height could reach 10-12 meters and a Mogul-Uraha could accommodate up to 100 people (Gogolev, 1986; Alekseev et al., 2013). 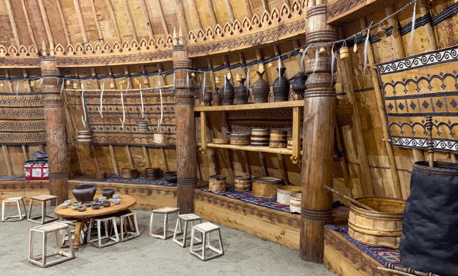 Such a dwelling traditionally testified to the high social status of a person and therefore, only noble people could afford to raise one. In our time, the construction of the Mogul Uraha is dedicated to the outstanding keeper of Sakha traditions, the famous blacksmith, Boris Fedorovich Neustroev – Mandar Uus who is respected throughout the Sakha Republic.  The Uraha is being built in his homeland – the Taatta ulus, and opened to the public on the Sakha Republic Day, September 27, 2020. 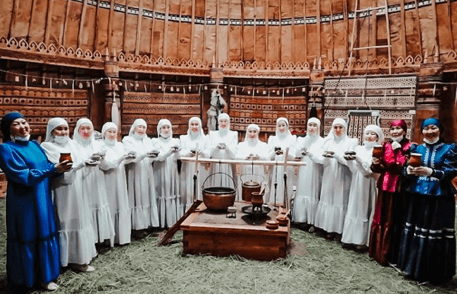 Design studio “Uran” expresses its profound gratitude to Laurel Kendal, Judith Levingston, and all Department of Anthropology employees of the American Museum of Natural History in supporting the preservation and continuation of the cultural traditions of the Sakha people for future generations. 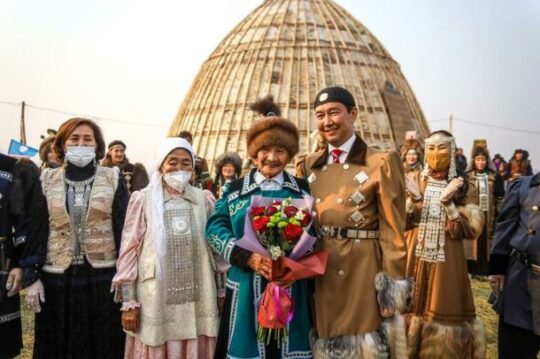