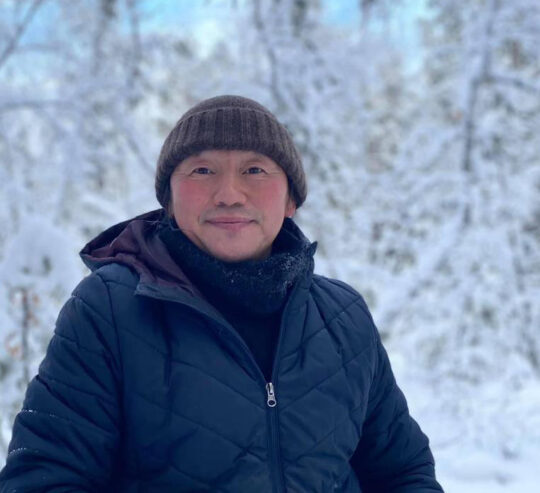 Every full-fledged, well-travelled person can recognize that the people of one country differ greatly from the people of another.  These differences can be seen even in the various peoples of venerable Europe, despite them having lived side-by-side for thousands of years.  And not only do the peoples’ languages differ, but first and foremost their mindsets and national traditions.  As such it is a simple matter to distinguish a Spaniard from a German, or a Frenchman from a Hungarian…

The Sakha people are an ancient Turkic people who for a long time lived far away from the “main” world.  The Sakha conscientiously preserved their singular language and traditions to the present times, and are distinguished in their authenticity.  Yhyakh, rites, Olonkho, toyuk, osuokhai, tongue twisters – chabyrgah, ritual poles – serge, national jewelry and garments, national cuisine, the knives, the khomus, and even the horses, cattle, and dogs never fail to arouse a particular interest among the members of other peoples.  In the recent times the world has also learned about the competitive stick pulling game – mas-wrestling, as well as about Yakutian cinema…

However, the beliefs of the Sakha people still remain unexplored.  In fact, it is more than likely that such exploration will remain impossible for those on the outside.  These beliefs embody a distinct philosophy, a special view of the world. It isn’t without reason that the founder of Yakut literature and the great philosopher-cum-researcher A.E. Kulakovsky [Өксөкүлээх Өлөксөй] once spoke on the matter:  “We, the Sakha, are the bearers and the custodians of a great language and of faith – a religion that does not correspond to our small number and significance to the world at large”.  It seems to me that he has said this with the assumption that the Sakha people are the bearers and custodians of a once-great culture.  The grounds for such an assumption are present.  But unfortunately, this would be evident only to a person who has grown up in this culture.

For the people living in the home republic there is a monumental and crucial task of preserving and strengthening the language.  Furthermore, the task of preservation is just as crucial for the cultural beliefs, which speak to the great ancestral wisdom of the prosperous interaction between nature and man.  During these times of great division between mankind and the natural world, our ancestral knowledge becomes truly relevant.  I say this from my own experience.  People from all corners of the world stand to benefit from the knowledge and traditions of our ancestors.

As is frequently the case, individuals with their own views and philosophies are reluctant to embrace the notions of other people.  Given that the creed of our people has no dogmas to be written in sacred scriptures, it is no secret that there exist many interpretations of its general philosophy.  And such is the proper way, since people of different mindsets tend to perceive even the written truths in their own personal ways.  It is no accident that all major religions of the world tend to be split into many denominations and movements.

And so, this is why our wise people need mutual understanding.  There shouldn’t be a wide assortment of distinct religious movements, but as before, a free choice.  A free attitude which embraces universal human values.  After all, there are no strong discrepancies in the beliefs of the Sakha.

And perhaps such is the imperative of the times – in the last year a coordinating body was formed: the council [Итэҕэл сүбэтэ].  The council has no formal leader, but there is a coordinator – [Түмээччи].  He is a unifier of sorts.  Pavel Ksenofontov – [Ойуур Байбал] took on the role for a period of three years.  The highest authority is the general assembly of representative groups – both public and religious organizations.  A council of elders and various committees also play a role.  The committees are called upon to coordinate work in different spheres of interest.  For example, projects involving youth, or with healers…

Much work has already been done – meetings with delegates, authorities, the inhabitants of counties [uluses] and cities.  The most important thing is that there is support and understanding of the people.

As was declared in his missive by the Head of the Republic Aisen Nikolaev, the time has come for the construction of the Spiritual Center of the Sakha People.  [Итэҕэл сүбэтэ] is now committed to this task, with plans to make the Spiritual Center building operational before 2022.

I see now that the movement has begun, and the people have risen to a whole new level of mutual understanding.  Everything must be done to preserve the authenticity and solidity of the people, to preserve the great gift of our ancestors, and to pass it down to the future generations.